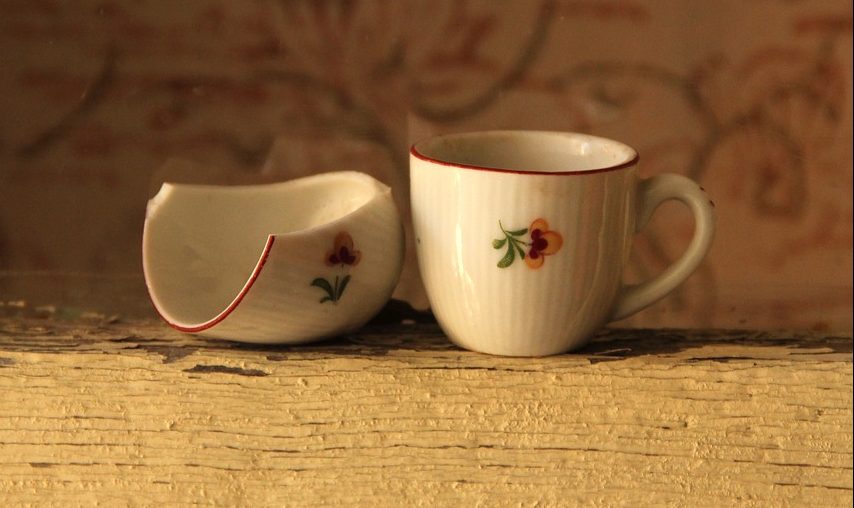 What Is A Cup And Handle Pattern?

A cup and handle pattern is a price and volume formation based on mass psychological principles with 3 or 4 distinct phases. Such a pattern shows that a stock got rid of weak hands and that big operators accumulated size. It takes time to go through the distinct phases, hence the setup will need anywhere from 10 to 15 weeks to form. There is no such thing as a proper cup with handle on a intraday chart!

Should you buy a cup and handle breakout?

The short answrer is no! The long answer is as follows:

The classic approach to such a base as suggested by the inventor William O’Neil in his famous trading bible “How to make money in stocks is to buy once price moves up through the pivot on high volume. When you decide to do it like that it is prudent to go with a 7 to 8% stop loss as suggested by O’Neil. Please be aware that such a fixed stop is only valid for buying breakouts. However in my honest opinion it is much better to go with a logical chart based stop loss based on the distinct support levels of the stock at hand.

But should you actually act on the breakout then?

My answer to this is a clear no!

There are much better techniques to buy in anticipation of a strong breakout. I am executing such techniques for many years and my fellow traders over at Twitter can tell you that I tend to nail strong breakout which lead to 100% swing moves on a regular basis.

The reason why buying into breakouts is generally tough in today’s market is manifold. First of all, today’s powerful and free charting tools allow traders to find such obvious decade old pattern with ease. They are spread across social trading hubs within minutes. Secondly, traders are way too sloppy with the definition of such patterns. They simply didn’t listen carefully to what Bill O’Neil actually said and focus way too much on the general shape instead of the important psychological clues. I don’t believe that buying into strength is enough to develop a winning edge in today’s markets. Cup and handle pattern failure is the norm unfortunately.

However, the good cup and handle patterns are still out there to be found. But they are much more rare compared to the faulty and obvious ones.

Refer to the following chart with proper examples.

The 6 characteristics of a proper cup and handle formation:

It should also show good relative strength if compared with what the broad market is doing.

Let me share a little secret with you! When the market itself forms a pattern which is shaped as a proper cup and handle base, it greatly reduced the odds that the -now way too obvious- cup shaped bases in individual stock make you any money!

Left side base decline: Selling on large volume with price dropping through key support levels in order to shake out the longs. [Big operators cash in on their previous buying campaign]

Bottom phase: Combination of shakeouts and volume dry-ups to shake the tree some more and draw attention away. [Big Operators accumulate stock silently as they absorb any continued selling]

Right side base rally: Bullish volume clues and a rather swift rally towards the highs to create some fomo eventually. [Big Operators continue their accumulation campaign and cant hide it anymore]

Sideways handle: Attention is drawn away again. [long sentence ahead: Big operators pause their accumulation to make final tests to check if sellers are truly out of the way before pushing price into all time highs thus igniting a rally driven by price chaser who can now easily push the stock higher into the vaccum of potential sellers.]

Such things require weeks and don’t happen intraday. As a swing and position trader you want to follow the big operators who trade with a longer time horizon. In trading in general you want to join in on moves which are initiated by the less nervous players.

Due to going through those phases first, a proper cup and handle can ignite a multi month or even multi-year rally.