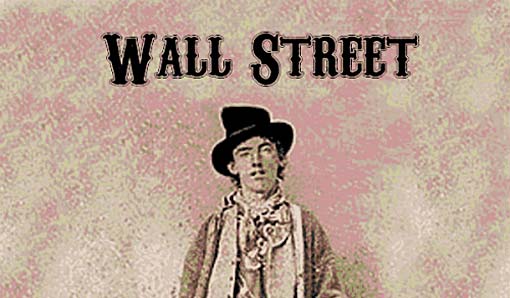 I hate to inform you that stock trading is actually far from being the meta-level or mystical endeavor like all the gurus and mainstream financial media want to make you believe! If you are lazy and see the stock market as an easy road to financial freedom you are actually on a dead end. I hope that this article will help to demystify the stock market for you.

Wall Street wants retail traders to participate, but they certainly don’t want them to succeed. The goal of almost everyone out there in the financial field is to slowly and steadily turn your money into their money in a way which makes you stick around.

The standard procedure is to exploit the unbearable amount of noise, which makes it impossible for aspiring traders to separate the useful from the useless information. This confusion and the lack of a clear path torwards trading success is the perfect breeding ground for almost any sales pitch. Traders who focus on reading the good books and who are lucky enough to quickly find a trading style they enjoy are scarce.

Financial media is a giant beast with the goal to deceive traders into thinking that they can create a fortune if they just follow a “holy grail trading method” they find online after a quick Google search. Nobody is actually telling you the truth, which is that you must treat trading as a regular profession. You literally have to study for many years! Guess why some large investment houses compensated clients from banks which went belly up during the financial melt-down. Do you think they felt sorry for them? Well maybe, but the top priority was to secure confidence in the stock market among the public.

They are going to tell you exactly what you need to hear in order to keep you in the markets, thus securing their honeypot.

Buzzwords that come to mind are:

Reactions from profitable private traders that come to mind are:

So who is the bad guy here?

If you manage to become one of the few net profitable private traders out there you profit from all those misguided and net losing traders just like the ‘evil’ banks do. One might go as far as to say that it is a requirement for developing an edge!

Billy the kid! Replace the gun with a charting terminal and you get a modern day private stock trader! Hopefully the trader is a little less cruel! (pic source: wikipedia)

I hope that every aspiring trader realizes that he is going to build his profits on the back of all those who are net losing!

Even if you adhere to ethical trading and decline short selling you are still the bandit riding into the city, robbing the bank and vanishing into the sunset before the crowd gathers on the street, moaning and cursing you. Click to Tweet

Can you take the blame?

As a trader you can make constant profits only if the majority makes constant losses. Whenever there are fresh generations sucked into the markets it will boost your edge. Right now in 2019 we have social trading booming and the established brokers switch to zero commission models to remain competitive against agile plattforms suchs as RobinHood. Aspiring traders are ill-advised to join social trading in my honest opinion. However the fact that they do is good for me personally as it certainly improves my edge.

No matter how you twist it, you have to accept that -from an ethical standpoint- stock trading is neutral or grey territory at best. You can try to ease your conscience by donating some of your profits to those unable to participate in the markets or by teaching others to improve their financial situation, however it does not change the fact that you exploit capitalism. As a matter of fact this was something I had to accept eventually despite it not aligning with my general attitude.

Now that this has been clarified, let’s go back to how one can become a successful and net profitable private stock trader.

The general path to trading success

Learning to trade is exactly like learning any other sophisticated profession, but with one caveat. As a surgeon you learn how to operate on a patient in a controlled enviroment, step by step under the supervision of a professor and it takes years until you are allowed to do surgery on a real human being. The same applies to a pilot flying a commercial airplane.

This type of guided training takes out the pressure early on, so that you can focus on developing a deep theoretical understanding of the subject and the mechanics first. Doing it that way allows you to properly handle the stress of the real job, eventually.

As a self-taught stock trader you learn to trade while being exposed to an uncontrolled and chaotic environment without any supervision or guidance. The financial and emotional stress hinders the accumulation of quality practice hours. Click to Tweet

As an aspiring trader you must avoid such a toxic environment at all costs. You also need a failure feedback mechanism in place to help you find the right direction.

You can do the thing right, but as long as you are not doing the right thing, you are going nowhere! Click to Tweet

Add the fact that you must learn to act counterintuitively and without emotions and you will understand why so few succeed in our field.

Remember that anyone can make money during bull-market runs and that this is also the only time when you want to trade in the same direction as the crowd.

But in order to raise above the crowd on a larger timescale you must do more than simply outperform during bull runs. You must learn to trade against your emotions and the public opinion during major turning points. Trading against your emotions does include the ability to sit on your hands doing nothing. You also have to strike without fear once opportunity arises which is MUCH harder to do than it actually sounds.

Stock trading without a mentor or guidance is like a surgeon or pilot who is allowed to operate on a real patient or fly a commercial plane on their first day at the univeristy, respectively. Chances are that it won't end well. Click to Tweet

Be aware that wall street traders/analysts/brokers and other financial tv-heads have hidden agendas as they generally don’t earn their money from trading stocks. Big bank fund managers make money matching a benchmark so you can’t expect them to outperform as well. There are exceptions of course, but typicially there is a reason why those guys don’t simply trade their own money and turn it into a fortune for themselves.

One of the great myths of the stock market is that you are taught to be a profitable trader in all those ivy-league-universities. They do teach you a ton about economics and they also teach you to use that knowledge to come up with Wall Street approved reasons for trades so that you won’t get fired later on. They are certainly not forging great traders.

That’s how I see it.

In my honest opinion the main agenda of financial news media is to keep you in the markets by dangling the carrot in front of you. Or do you really think that you can have an edge over other traders by reacting to news which millions of other traders see at the exact same time?

You can’t possibly be this naive!

If you want to make it as a private stock trader you must be detached from all that noise! All you need is your brain and senses, a charting terminal, a screening tool and a broker. Click to Tweet

I hope that this article was able to demystify a little bit the mystery of the stock market for you. In my opinion this is golden advice and a true reality check for almost all aspiring traders.

I wish somebody would have told me that early on.

It would have certainly saved me many hours trying to dig my way back out of all the various sandtraps. And be assured that I was not able to get out of those early sandtraps without assistance.

In stock trading there is simply no shortcut or holy grail trading system which you can discover beforehand to dodge the learning curve. Click to Tweet

If you don’t believe me and put effort into searching for a holy grail system you will one day realize that you wasted many years which you could have used to make progress on the steep learning curve.

Hopefully it won’t be too late by then.

Traders who deplete all of their emotional capital typically turn cynical and bitter and leave the game altogether. Sometimes they do stick around because they get addicted to the adrenaline of gambling away their life savings.

Trading done right is actually a pretty boring affair because you are dodging all the exciting stuff such as gambling on earnings, riding big positions over night and so on. For me the fun comes from improving the performance figures of my account, picking hot stocks before they move and spreading some of my hard learned knowledge on Twitter.

You have to approach trading like any other profession, period!

Feedback will help me improve!

If your question is reasonable it will be answered in our Q&A knowledge base.

The content of this article reflects my own opinion which stems from my experience gathered trading real money in the stock market. It represents my style and it suits my personality and risk allowance and it may or may not suit yours. Please refer to my honest risk warning for further information regarding the risks associated with active stock trading.

NO SPAM OR RECURRING MAILS